Stoke City manager Paul Lambert has dismissed the prospect of selling veteran striker Peter Crouch during the winter transfer window. The 36-year-old has recently emerged as a shock target for Chelsea with their head coach in the search for a tall target man. 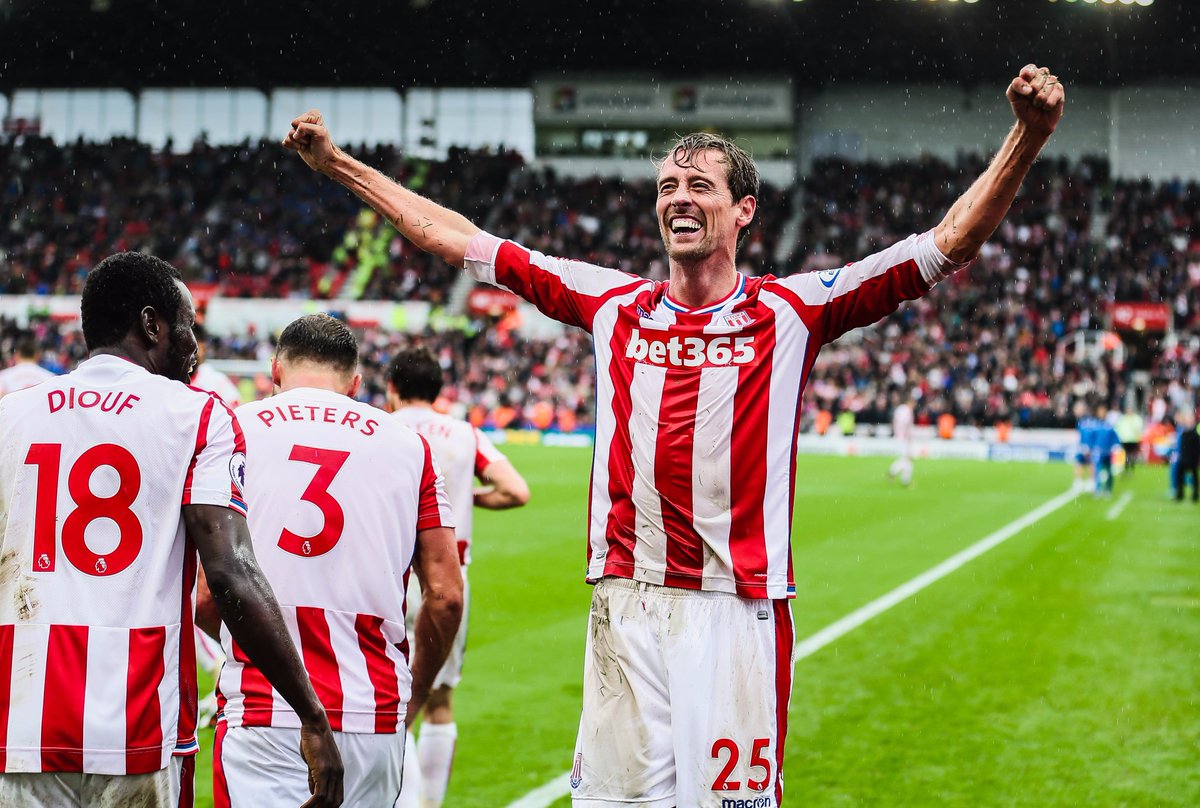 Crouch has started in just eight of his 22 appearances this campaign, but he has still remained influential towards the Potters’ season as he provides the physical absence with his height which enables him to win almost every ball in the air.

Lambert guided the Potters’ to a 2-0 victory in his first game in-charge, and shortly after the match, he dismissed the speculation citing that he has no intention of letting the lanky striker go. The ex-Aston Villa coach also spoke fondly about the professionalism of Crouch, who turns 37 later this month.

He said: “I’ve no intention of letting him go. Peter has a great work ethic, knows the game really well, and is an absolutely fantastic professional, the way he conducts himself. His game hasn’t changed since he was a young guy. He’s never going to run in behind – that’s not his game. But what he has got is an incredible presence and a lovely touch for a big guy. If there’s a nicer person in football, I’ve yet to meet him.”

Crouch is currently contracted until the summer of 2019, and it appears that the Potters will block any approach from the Blues irrespective of the striker’s desire. Joe Allen and Mame Biram Diouf found the scoresheet for the Potters during their 2-0 win over Huddersfield Town last weekend, and this has offered them some leeway in their relegation battle.

The Staffordshire outfit are currently one point ahead of the drop zone, and they will fancy their chances of propelling forward under the new management with the likes of Huddersfield Town and Brighton & Hove Albion struggling to live up to the demands of the top-flight of late.